FeliCa Networks, Inc., will exhibit its products and technologies at the Mobile World Congress 2014 (MWC), to take place in Barcelona, Spain, from February 24, 2014. This is the third consecutive year FeliCa Networks will participate in the world's premier mobile industry event.

Solutions for the global market 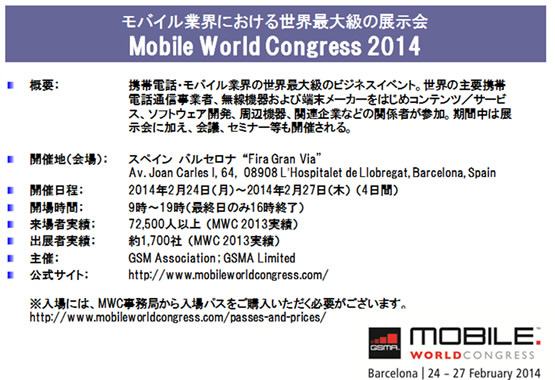 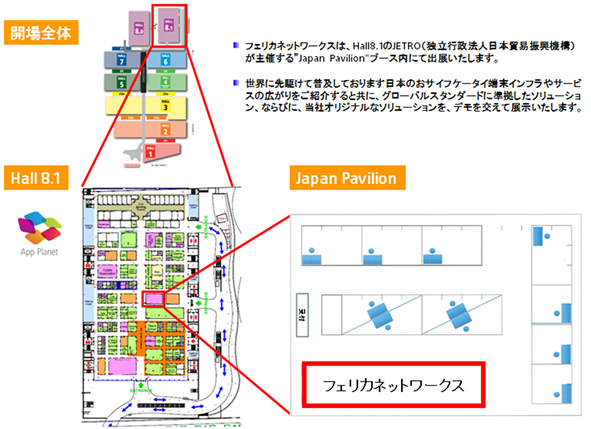